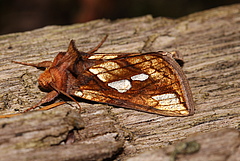 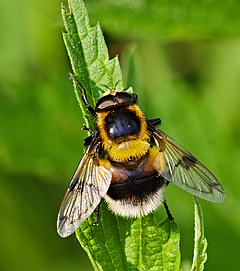 The complex relationships between plants and their pollinators have changed dramatically across the last century.

In the far north of the planet, climate change is clearly noticeable. A new study in Finland now shows that in parallel there have been dramatic changes in pollinating insects. Researchers from the Martin Luther University Halle-Wittenberg (MLU), the Helmholtz Centre for Environmental Research (UFZ), and the German Centre for Integrative Biodiversity Research Halle-Jena-Leipzig (iDiv) have discovered that the network of plants and their pollinators there has changed considerably since the end of the 19th century. As the scientists warn in an article published in Nature Ecology & Evolution, this could lead to plants being pollinated less effectively. This, in turn, would adversely affect their reproduction.

Their service is invaluable. The army of insects and other animals that pollinates the numerous plants of this earth has an essential function. Without these flower visitors, numerous wild plants could reproduce only poorly – or not at all. Ecosystems would thus no longer be able to function in their current form. More than three quarters of the most important crops depend on pollinators in order to be able to produce a high yield and good quality. A loss of pollinators would therefore also lead to economic losses amounting to billions.

It remains unclear whether the pollinators will still be able to provide their usual service. That’s because plants and their pollinators are intertwined in an elaborate network in which the distribution and abundance of the species involved as well as their seasonal occurrence, physiology, and behaviour are finely tuned. Even small changes could throw everything out of balance. Experts thus fear that human influences such as changes in climate and land use could lead to less effective pollination services.

However, because few studies have investigated the interaction between plants and different pollinator groups over longer periods of time, it is difficult to say whether and to what extent such developments are already under way. This makes the more than 120-year-old data from Finland on which the new study is based all the more exciting. Between 1895 and 1900, in the vicinity of Kittilä (a village that lies about 120 km north of the Arctic Circle), forester Frans Silén systematically recorded which insects visited which flowers and how often.

“I am passionate about working with historical datasets like this”, says senior author Prof. Tiffany Knight from iDiv and UFZ. “If you repeat the historic studies again today, it’s often the only way to learn about long-term ecological processes”. For her, such work also challenges the imagination. “I am trying to understand what motivated the people who collected the data in the past and what challenges they faced”, she explains. “This information can then be used to plan a comparable modern study”.

The scientists thus first looked around Kittilä for sites where Silén had also made observations – and where the 17 plant species he studied best still grow today. At these sites, the team repeated the pollinator census in 2018 and 2019. The area remains sparsely populated, and little has changed in terms of land use. However, it has not escaped the consequences of climate change. “We have noticed drastic changes in the networks of pollinators”, says first author Leana Zoller from MLU and iDiv. Only 7% of the flower visits observed involved the same species of insects and plants as back then. “That is surprisingly little”, says Zoller.

For example, hoverflies and moths appear much less frequently on the flowers around the village today than they used to. This is probably not good news. That’s because these two groups have some particularly effective pollinators among them. These include the bumblebee hoverfly (Volucella bombylans) – a large, furry fly resembling a bumblebee. In Silén’s time, this species was the most frequent visitor to the Arctic raspberry (Rubus arcticus) and the woodland geranium (Geranium sylvaticum). The bumblebee hoverfly was likely able to effectively transfer the pollen of these species from one plant to the next.

Also moths use a physical advantage during pollination: with their long proboscis, they can also reach the nectar from the base of tubular flowers. This is why they used to be the most frequent visitors of the fringed pink (Dianthus superbus) and bladder campion (Silene vulgaris), both of which have such flowers.

Whilst these insects have become rarer, the flowers around Kittilä are now getting considerably more visits from bumblebees and certain flies. Whether these animals work as effectively as the earlier pollinators is not yet known. However, one trend in particular concerns the researchers. There are now considerably fewer insects that are specialists for certain flower shapes. These have been replaced by flies of the genus Thricops, which visit many different plants. Such generalists are often more robust when it comes to environmental changes; if one of their host plants is lacking, they can easily switch to others. But they also carry the pollen of various other plant species onto a flower, thereby potentially providing a less effective pollination service than the specialists.

“So far, the pollinator network in our study area still seems to be working well”, says Zoller. “There is no evidence so far that the plants are getting too little pollen and are thus less capable of reproducing”. But according to the scientists, this can change in the future if changes in the insect communities continues. So far, the flies there seem to be coping with the rising temperatures. But further north in the high Arctic, one study has revealed a massive decrease in the number of flies. “If this also happens in our study area, it could become a problem”, says Zoller. Because at some point, the plants will no longer be able to compensate for the losses in their pollinator network.

Original Publication
(Researchers with iDiv affiliation and alumni are in bold)