Identification of groundwater-dependent vegetation via satellites 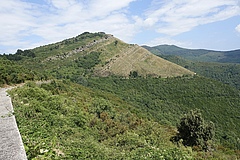 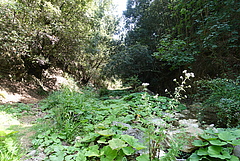 Report by Léonard El-Hokayem (doctoral researcher at MLU and iDiv)

Halle. Groundwater in (semi)-arid regions plays a key role in sustaining important terrestrial ecosystems, providing drinking water and supporting agriculture. We developed a new multi-instrument framework to identify groundwater-dependent vegetation (GDV) in these regions. Therefore, a combination of satellite images and other environmental data got tested and validated in a Mediterranean study area in Southern Italy. The developed concept was recently published in Ecological Indicators. It allows for the identification and study of vegetation that relies on groundwater, and thus can help protect these biodiversity hotspots and the ecosystem services they provide.

Groundwater is an important resource for terrestrial vegetation. 50% of the vegetation in the semi-arid Mediterranean biome is known to use groundwater. As these ecosystems are threatened by climate change and pressure from land use, on-the-ground identification is necessary.

Our final map of the study area shows that GDV is located more frequently in broadleaf and coniferous forests standing on low permeable rocks with surficial groundwater circulation. Data from a botanical field campaign in summer 2021 was used to further validate the results. By analysing vegetation surveys, we could show that significant differences between GDV and non-GDV detected from remote sensing were also visible in the field. In GDV, tree species that are known to use groundwater (phreatophytes) dominate. In non-GDV the most important plants are drought-adapted shrubs. In general, GDV indicated areas with better water supply during the annual dry period. We also saw that plant diversity is actually higher in ecosystems reliant on groundwater. Surprisingly, two oak species occurred in both groundwater-influenced areas and non-dependent ecosystems. We further analysed the vitality of both species in the field. Our results show that the oaks, which according to our map are more likely to be GDV, are also more vital on the ground.

Methods to locate GDV using remote sensing and geodata have gained importance in recent years, as they allow covering larger areas at a relatively lower cost. However, a comprehensive combination of different indicators was still pending. Our mapping framework combines vegetation, topography, hydrogeology and climate for the first time. Furthermore, we introduced a new simple ecohydrological rule set (phreatophyte cover and mean moisture value of non-phreatophyte species) to classify vegetation in the field and optimise our final map.

From our results, we learned that while remote sensing can identify GDV, in situ validation data is still needed. Areas that were identified as GDV can contribute to the development of adapted water management methods and pinpoint systems worthy of conservation. Our framework can be understood as a step towards the creation of a harmonised GDV map for the whole Mediterranean biome.
Léonard El-Hokayem