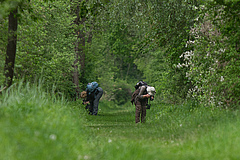 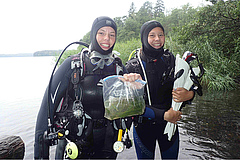 Berlin/Leipzig. Generating knowledge together - that is the goal of Citizen Science. On 29 April 2022, scientists from the Helmholtz and Leibniz Associations as well as the German Centre for Integrative Biodiversity Research (iDiv) will present the Citizen Science Strategy 2030 for Germany to the public and present a series of current projects at a Citizen Science Festival. The strategy addresses the greatest challenges and potentials of Citizen Science over the next ten years. It contains 94 specific recommendations for action to further develop citizen science in Germany and to integrate it permanently into science, society and politics. The Citizen Science Strategy 2030 Germany was developed in a two-year participatory process with more than 200 actors from 136 organisations. The process was largely funded by the Deutsche Bundesstiftung Umwelt (DBU) and the Federal Ministry of Education and Research (BMBF).