Enjoying nature conservation and doing something good for nature 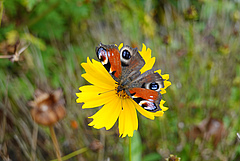 Cross-country study on the motivation of citizen scientists

Based on a media release by the Thünen Institute of Biodiversity

Braunschweig/Leipzig. The question “What drives citizen scientists to voluntarily participate in insect research and monitoring?” was recently addressed by an international research team led by Dr Anett Richter. Richter is alumna of the Helmholtz Centre for Environmental Research (UFZ) and the German Centre for Integrative Biodiversity Research (iDiv) and now works at the Thünen Institute of Biodiversity in Braunschweig. The aim of the research was to gain more insights into the motivations of the participants to better integrate the motives of engagement in future international citizen science- lead monitoring programs.

Richter and her colleagues asked 181 citizen scientists in Germany, Denmark and Israel already involved in insect monitoring schemes about their motives for engagement and expectations towards project management. “The results show that in all three countries the main motives for participating were ‘having fun’ and ‘doing something (good) for nature’,” says the researcher from the Thünen Institute. In addition to these identified intrinsic motives, extrinsic motives such as ‘contributing to science’ and ‘contributing to nature conservation’ also played an important role. These results confirm previous studies on motivation and are important for planning future projects.

The team of authors show that – contrary to previous studies – age and gender of the participants had no significant influence on their self-identified motives for participation. However, and this is a new finding in the field of science about citizen science, motives were linked to cultural backgrounds of the participants and to project measures. For example, in some countries the factor having fun during the activity was assessed as very important, while in other countries receiving a certificate for the participation was identified as very important.

From an environmental psychological point of view, the results on the interrelationships between motives and the implementation of project measures, such as training offered to the participants or giving feedback, were particularly exciting. It became clear that the motives ‘to feel part of the community’ and ‘learning’ were positively connected to the project measure ‘training of volunteers to identify insects’. But also, negative interactions were identified. Environmental psychologist Dr Melissa Marselle, like Richter alumna of UFZ and iDiv, now working at the University of Surrey says: “We were surprised to find that monetary incentives, such as receiving a financial bonus for participation, can have a negative effect on motivation.” Co-author Dr Orr Comay, a community ecologist from the Steinhardt Museum of Natural History in Tel Aviv University and also alumnus of UFZ und iDiv adds: “This important result underlines the significance of communicating science back to the volunteers. Citizen Science is about the science and letting volunteers know that their contribution matters, not about status or compensation.”

From the results, Richter and her co-authors conclude that when setting up citizen science schemes it is of great importance to gain clarity at an early stage about the possible motives of the participants. An active exchange between researchers and volunteers before and during the project is essential in order to successfully implement citizen science-based monitoring programs. Competent communication and coordination of the projects are of particular importance. In international programs, it is also necessary to consider the different individual and cultural backgrounds of the participants.

The research was a cooperation between the Thünen Institute of Biodiversity, the German Centre for Integrative Biodiversity Research (iDiv), the Helmholtz Centre for Environmental Research (UFZ), the Friedrich Schiller University Jena (Jena Univ.), the School of Zoology and the Steinhardt Museum of Natural History (Tel Aviv, Israel), the Natural History Museum of Denmark (Copenhagen, Denmark), the University of Leipzig, the Department of Applied Ecology at North Carolina State University (Raleigh, USA) and the Environmental Psychology Research Group of the University of Surrey (Guildford, United Kingdom). One of the citizen science projects assessed in this study was funded by iDiv and run by the Ecosystem Services research group of Prof Aletta Bonn (UFZ, iDiv, Jena Univ.). The results are published open access in the journal Biological Conservation.