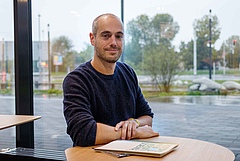 In Cambodia, Bio-Dem reveals how a period of political change and armed conflicts between 1970 and 1992 relates to a decrease in biodiversity data available. (Picture: Taken from the original publication)

Based on a media release by GBIF

Copenhagen, Leipzig. Today, an international team led by Dr Alexander Zizka of the German Centre for Integrative Biodiversity Research (iDiv) and Leipzig University (UL) has earned selection as first place in the Ebbe Nielsen Challenge of the Global Biodiversity Information Facility (GBIF). GBIF is an international network and data infrastructure funded by the world’s governments. Zizka and his team were awarded for developing Bio-Dem, an open-source web-app for exploring temporal and spatial relationships between the availability of biodiversity data and the dimensions of democracy. For its selection, Zizka and his team will receive 12,000 euros.

The premise for the first-prize winner project Bio-Dem is that, while georeferenced species occurrence data has become essential to ecological and biodiversity research, its availability depends on non-biological factors, including the political setting at the time and place of collection. The tool combines biodiversity data available from the GBIF network, the Varieties of Democracy's multidimensional dataset on the complex values of democratic systems, and information on colonial history from the Issue Correlates of War Project. This unique combination of sources enables users to investigate geographic and temporal relationships between socio-political variables and species occurrence records and generate hypotheses about the taxa and geographies in which they're interested.

“We know relatively little about socio-political biases in relation to biodiversity data sampling, and Bio-Dem provides an easy way of visualizing the complex empirical relationships between given country’s history, socioeconomic factors and political regimes and the availability of species occurrence records,” said Zizka. “We hope the app can help teachers to communicate the caveats of biodiversity data, biodiversity scientists to examine socio-political sources of data gaps and biases, and social scientists to explore how political systems affect scientific data collection and biodiversity conservation.”

“Several proposals ran very close, and all the jury members agreed that Bio-Dem was a unique and interesting application of GBIF-mediated data,” said this year’s jury chair Jurate de Prins of the Royal Belgian Society of Entomology (SRBE-KBVE). “But in the end, its inclusion of social and historical aspects of present-day societies in considering biodiversity data across space and time tipped the balance in Bio-Dem's selection as the winner.”

Zizka has been working as a postdoctoral researcher at iDiv’s Synthesis Centre sDiv since 2018. The biogeographer and botanist’s main interests are the evolution of tropical biodiversity and big data in biodiversity research. From February 2022, he’ll start a professorship for biodiversity of plants at the Philipps University Marburg.

The majority-female jury of the challenge reviewed a pool of ten qualified submissions to select the three winners of the Challenge, an annual incentive prize that honours the memory of Dr Ebbe Schmidt Nielsen, a Danish-Australian entomologist and an inspirational leader in the fields of biosystematics and biodiversity informatics who was one of the principal founders of GBIF.

Zizka, A., Rydén, O., Edler, D. et al. (2021): Bio-Dem, a tool to explore the relationship between biodiversity data availability and socio-political conditions in time and space. Journal of Biogeography. DOI:10.1111/jbi.14256.

Video with acknowledgement by Alexander Zizka