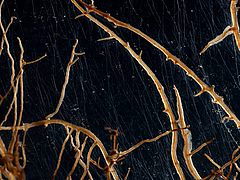 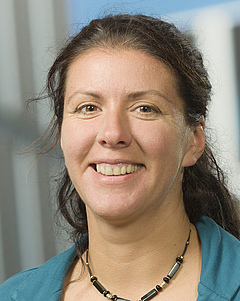 Award will give research collaboration with iDiv an extra boost.

Based on a media release of Universiteit Leiden.

Environmental scientist Nadia Soudzilovskaia has been awarded the prestigious, international Friedrich Wilhelm Bessel Research Award by the Alexander von Humboldt Foundation. This German award is issued to outstanding foreign mid-career scientists that collaborate with German researchers. ‘The combination of different skills and approaches makes her research highly relevant and innovative!’

Soudzilovskaia, currently Associate Professor at Leiden University (The Netherlands) and Full Professor at Hasselt University (Belgium) from 1 May onwards, was nominated by her colleagues from the German Centre for Integrative Biodiversity Research (iDiv). ‘Together, we currently initiated an exciting research programme to study beneficial interactions between plants and soil fungi, called mycorrhiza. We focus on the impact of these interactions on soil carbon and nutrient cycles.’ Soudzilovskaia wants to use the personal award of €45,000 to give this research an extra boost.

An important collaboration between plants and fungi

In the special symbiosis between mycorrhizal fungi and plants, fungi provide the plants with nutrients, while plants provide the fungi with carbon. The interaction plays a vital role in among others fixing carbon in the soil and recycling nutrients like nitrogen. Hence it is important for stable and healthy ecosystems. Soudzilovskaia: ‘I am trying to understand the mechanisms that allow these fungi to store carbon in the soil. My colleagues and I have shown that distinct types of mycorrhizal fungi contribute to carbon storage through different mechanisms and that some work better than others. With the prize money, we will use these insights to further investigate how vegetation and fungi together control the soil carbon dynamics and create high-functioning ecosystems.’

Honoured by a prestigious prize

For Soudzilovskaia, the prize is a recognition of her scientific achievements. ‘This is globally one of the most prestigious prizes for mid-career scientists,’ she says. ‘iDiv is a great international research center working on the sustainable management of our planet’s biodiversity. It’s home to fantastic scientists and great research facilities. Collaborating with them is very inspirational for new research inquiries and the ways to realise them. It’s an honour they’ve nominated me.’

Why this award is well-deserved

‘Nadia is an outstanding scientist with a unique research profile,’ says Professor Nico Eisenhauer from iDiv. ‘She works at the interface between environmental sciences & ecology and combines experimental-based research with mathematical models. The combination of these skills and approaches makes her research highly relevant and innovative!’ Eisenhauer hopes together they will bridge the most important scientific gaps in their field. ‘In any case, I am very happy about the decision by the Alexander von Humboldt Foundation.’