The dawn of a new era for genebanks 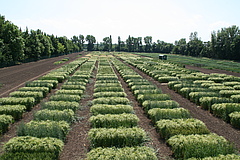 Growing of accessions of the barley collection of the federal ex situ genebank at the IPK in Gatersleben. (Picture: IPK Gatersleben) 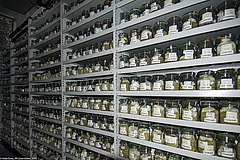 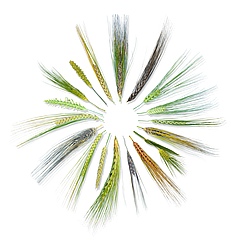 Joint media release by the IPK Gatersleben, iDiv, the JKI and the University of Göttingen

Gatersleben/Leipzig. Biodiversity goes beyond species diversity. Another important aspect of biodiversity is genetic variation within species. A notable example is the immense variety of cultivars and landraces of crop plants and their wild progenitors. An international research consortium led by the of the Leibniz Institute of Plant Genetics and Crop Plant Research (IPK Gatersleben) and supported by the iDiv research centre has now characterised at the molecular level a world collection of barley comprising seed samples from a total of more than 22,000 varieties.  In a study published in the journal Nature Genetics, the scientists usher in a new era for gene banks that transform from museums of past crop diversity into bio-digital resource centres.

Genebanks store samples of cultivars, landraces and wild relatives of crop plants from all over the world to safeguard our agricultural heritage and exploit it for future crop improvement. The German federal ex situ gene bank at IPK in Gatersleben hosts one of the world’s most comprehensive collections of cultivated plants, including 22,000 barley seed samples. Under the leadership of the IPK Gatersleben, researchers from the German Centre for Integrative Biodiversity Research (iDiv), the Julius Kühn Institute (JKI, German Federal Research Centre for Cultivated Plants) in Quedlinburg and the University of Göttingen collaborated with colleagues from Japan, China, and Switzerland. This international cooperation revealed how well the IPK collection represents global barley diversity. A single plant was genotyped for each of more than 22,000 seed samples, enabling the scientists to identify duplicate samples within the collection. Opening up new ways for genetically informed quality management, this comprehensive dataset also guides the effective use of the collection in research and breeding by pinpointing lines for further in-depth characterization.

Prof Dr Nils Stein (IPK Gatersleben and University of Göttingen) says: “This publication enables us to fully describe the wide range of morphological diversity of a worldwide genebank in terms of molecular genetics.” To do this, Stein and his team used a method called “genotyping by sequencing” (GBS). The complete DNA sequence of the barley variety ‘Morex’, which was released in 2017, forms the basis of the present work. It serves as a high-quality sequence anchor for the GBS information. To characterise genetic diversity between cultivated and wild barley forms throughout the whole genome, the researchers searched for so-called SNPs (single nucleotide polymorphisms). In total, they found more than 171,000 of these small DNA variants in the huge barley genome consisting of 5 billion base pairs. Stein adds: “This density is sufficient to find even very small differences between samples, but also to confidently flag pairs of duplicated samples in our collection.”

“We can now draw conclusions about the origin, distribution area and relationship between the barley populations hosted in our collection. All digital genetic data are publicly accessible and targeted queries can be submitted online. A state-of-the art database combines traditional passport records with the new molecular data to inform research and breeding applications,” explains Dr Martin Mascher of the IPK and iDiv, who co-led the study. The combination of historical field data of the genebank with modern molecular analyses is an impressive showcase for the opportunities that still lie dormant within gene banks around the world. New research methods and international collaborations have paved new ways for the preservation and use of this valuable genetic diversity. Prof Dr Frank Ordon from the Julius Kühn Institute (JKI) points out: “Detailed knowledge about genetic variability and its use are prerequisite for breeding new varieties adapted to a changing environment. In the future, plant breeders will have to cope with heat, drought stress and new pathogens and also must adapt to changes regarding the use of fertilisers and pesticides. Genes that code for key properties can thus be detected in native species or related wild species more quickly and be used in breeding.”

In the past, the lack of genetic data at the level of whole collections limited practical applications of genetic diversity in breeding and research. Thanks to the new analysis and open research data, it will now be possible to search across 22,626 barley seed samples. To host this unique resource, the researchers developed the BRIDGE “Data Warehouse” as a first steps towards a bio-digital resource centre.

BRIDGE stands for “Biodiversity informatics to bridge the gap from genome information to educated utilisation of genetic diversity hosted in Genebanks”.  Funded in frame of the Leibniz Competition, the project was launched on 1 May 2015 and has been financially supported for the past three years with nearly 1.2 million euros. The aim of BRIDGE is to develop appropriate procedures to connect genetic, genomic and phenotypic information about plant genetic resources preserved in gene banks, enabling fast and easy access to the collection by researchers and breeders. More information is available at: http://bridge.ipk-gatersleben.de/bridge/ .

Barley genome sequenced: a story of malting genes and vulnerable diversity (iDiv news item based on a media release by the Leibniz Institute of Plant Genetics and Crop Plant Research (IPK) Gatersleben 28.04.2017): http://www.ipk-gatersleben.de/fileadmin/content-ipk/content-ipk-institut/Presseinformationen/2017/170426_PM_2017_5_Nature_dt_FINAL.pdf