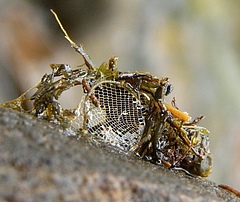 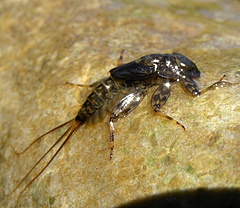 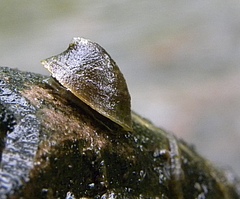 News based on text by Cardiff University: Global change is causing freshwater species to be lost twice as fast as in any other ecosystem, and new research, which studied Welsh rivers and streams for over 30 years, has found that the numbers of specialist invertebrates are dwindling. The study was conducted by an international team of scientists, which included Jonathan Chase of iDiv and Martin Luther University Halle-Wittenberg and former sDiv postdoc Stefano Larsen. The results have been published in Ecology. Researchers monitored fourteen streams at the Llyn Brianne Observatory, collecting data from the headwaters of the River Tywi in Wales since 1981. The data revealed that specialist organisms, like predatory flatworms, certain stoneflies or caddis larvae, are in sharp decline, as their precise needs make them vulnerable to changes in climate.

Not only is the change in their environment causing their numbers to decrease, but once these species become scarce they have limited ability to recolonise their previously occupied habitats. The study not only shows that specialist invertebrates are declining, but it potentially gives an early warning of bigger changes to come.

Professor Steve Ormerod, Cardiff University School of Biosciences, said: “Freshwater ecologists are seriously concerned at the plight of the world’s rivers, lakes and wetlands, and at the rate at which they’re losing plants and animals of many types.

Yet, many people are unaware of this ongoing tragedy hidden beneath the water surface. Our results show that the build-up to species extinction can start in a subtle way, for example, where climate change causes numbers to decline before sudden disappearance.
We’ve already lost one species like this across large areas of Wales, the flatworm Crenobiaalpine, whose specialism is predation in cool-water streams.” Dr Stefano Larsen, former scientist at iDiv/sDiv, now at University of Trento, added: “Species extinction is now a major global issue, but is seen mostly as large-scale changes where whole habitats are lost, invaded by non-native species, polluted or over-exploited.

Local trends have been less clear, particularly from long-term studies at sites like Llyn Brianne, where the absence of serious ecological disruption means that more subtle changes are visible.

Our study shows how species with special ecological needs progressively form a smaller and smaller proportion of the species in our study streams, and there is a risk of them disappearing altogether.” Original publication: Larsen, S. , Chase, J. M., Durance, I. and Ormerod, S. J. (2018), Lifting the veil: richness measurements fail to detect systematic biodiversity change over three decades. Ecology. doi:10.1002/ecy.2213Contact:Prof Jonathan Chase (English)
Head of the research group “Biodiversity Synthesis” at the German Centre for Integrative Biodiversity Research (iDiv) and the Martin Luther University Halle-Wittenberg (MLU)
Tel.: +49 341 9733 120
Web:  https://www.idiv.de/en/groups_and_people/employees/details/eshow/chase_jonathan.html