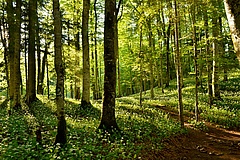 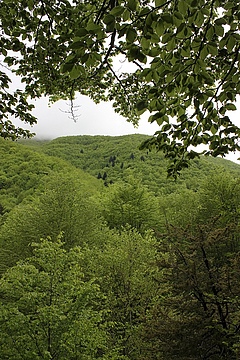 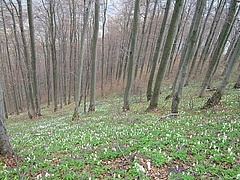 By Borja Jiménez-Alfaro (scientist at iDiv/MLU)Halle/Leipzig/Brno. A study published in Nature Ecology & Evolution reveals the crucial role of glacial refugia areas, in combination with climate and soil, in explaining continental patterns of community species richness. In this study, we made use of 40.000 vegetation plots (lists of plant species co-occurring in small areas) recorded in European beech forests during the last decades. This big data is part of the European Vegetation Archive and it is also integrated in the global vegetation database (sPlot), an iDiv research platform. The study opens possibilities for combining different scales in the analysis of biodiversity across regions with different biogeographical history.I coordinate the global vegetation database (sPlot) at iDiv/MLU, and used to be the coordinator of the European vegetation database in Masaryk University (Brno, Czech Republic). The study I led and which was published in Nature Ecology and Evolution  is one of the first to make use of such data at large scales. However, the underlying question is something that naturalists have asked for centuries: why is the number of plant species that you observe in one habitat so different between regions and countries? Although we have evidence on the factors explaining community species richness at the local scale, at large scales most studies use species counts in large grid cells (for example, 100 km x 100 km). Such studies generally focus on all species richness instead of the species that ultimately occur in a given habitat (the species pool), and overlook the variation of plant communities within regions. We used European beech forests as the study system because this is probably the best-sampled vegetation type worldwide, providing an unprecedented source of information of forest communities. A major challenge was to integrate local community data with large-scale predictors across regions, for which we developed a comprehensive analytical framework. Beech communities with the highest species richness mainly occur in Central and Eastern European mountains. Many of these areas were also refugia for European beech during the ice age (about 21.000 years ago), probably favored by habitat heterogeneity. We found that the main factors behind this pattern are related to the distance of beech forests to past refugia and to local soil conditions which correlate with large-scale variation in bedrock and precipitation. Our findings allowed us to explain species pools and community diversity in a biogeographical framework that considers the interplay of historical and environmental factors across different spatial scales. Borja Jiménez-AlfaroOriginal paper:Jiménez-Alfaro, B., Girardello, M., Chytrý, M., Svenning, J.-C., Willner, W., Gégout, J,-C, Agrillo, E., Campos, J.A., Jandt, U., Kącki, Z., Šilc, S., Slezak, M., Tichy, L., Tsiripidis, I., Turtureanu, P.D. Ujhazyova, M. & Wohlgemuth, T. History and environment shape species pools and community diversity in European beech forests. Nature Ecology & Evolution. DOI: 10.1038/s41559-017-0462-6 Link to EVA, the European Vegetation Archive:http://euroveg.org/eva-databaseLink to sPlot, the global vegetation database:www.idiv.de/sdiv/splotContact: Dr Borja Jiménez-Alfaro
German Centre for Integrative Biodiversity Research (iDiv)
Geobotany and Botanical Garden, Institute of Biology, Martin Luther University Halle-Wittenberg Personal web: http://jimenezalfaro.weebly.com/
« back to Archive 2018
Share this site on: