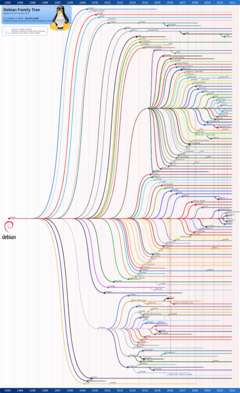 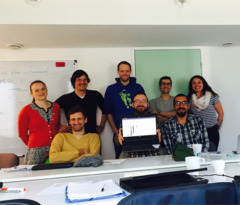 Leipzig. Where does the overwhelming complexity of life come from? Is there something truly special about living organisms, or do they follow the same rules and patterns as non-living things?

A recent international study led by researchers at the German Centre for Integrative Biodiversity Research (iDiv) in collaboration with the French research centre CESAB suggests that computing systems follow well-known biological patterns: patterns that describe how common organisms are, how they function, and how they are related to one another.

The research team used online data about the GNU/Linux-based computer operating systems to look for patterns that are commonly observed in nature.

One of the authors, Kelly Ramirez of the Netherlands Institute of Ecology, explains “One fascinating characteristic of all life on earth is that, no matter whether you look at – bacteria, plants, or animals, you will always find very similar patterns, over and over again. For example, most living organisms are rare, but only very few species are really common and widespread. We wondered if similar patterns were found in non-living things - computing systems for instance.”

Joanne Bennett from iDiv adds "As biologists, we are always searching for ecological and evolutionary explanations for the things we see in nature. But if we see the same patterns in non-biological systems like computers, it could mean that we are blinkered by our own fields of expertise and looking for answers in the wrong places. The true explanations might have nothing to do with biology. So with this in mind, we thought it would be a good idea to check.”

Petr Keil from iDiv further explains “We looked into computer operating systems because, in some ways, they reminded us of biological species: some operating systems are widespread, some are rare, some have lots of uses, while others are highly specialized for a single purpose; they also have a genealogy that is similar to evolutionary tree of live. And when we quantified the mathematical patterns that operating systems follow, we found a striking similarity to what we know from animals or plants – this is our main result.”

“It is as if living organisms and computer operating systems follow the same mathematical rules,” he says.

This research suggests that the patterns we observe over and over in biology may not be inherent to life, but instead be potentially universal across living and non-living systems. The study also hints that we may be able to use computing systems like Linux as a model system for exploring biological patterns in a more controlled way. It could even be possible that the biological knowledge used to explain patterns in nature might also be useful for understanding certain patterns in man-made cultural, technological, or even economic systems, for example, by allowing us to anticipate which technologies might be more successful than others.Petr Keil