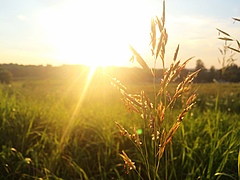 The process of community assembly influences not only biodiversity but also ecosystem functions. This is the thesis of a study which combines simple consumer-resource competition models and metacommunity theory with a number of case studies. A team from the Universities of Texas, Florida, Halle-Wittenberg and iDiv presents in the journal “Ecology” a new framework, bringing together two perspectives that have been treated separately for a long time. For more than 20 years scientists have tended to study either the impact of community assembly on biodiversity or the impact of biodiversity on ecosystem functions.


“We argue that a narrow focus on local Biodiversity-Ecosystem Function (BEF) is insufficient to address emerging questions about the broader process that link Community Assembly to the Functioning of Ecosystems (CAFE)”, says Prof Jonathan M. Chase of iDiv and the Martin Luther University Halle-Wittenberg. “You can’t think about the consequences of biodiversity without the understanding the reasons for biodiversity. It’s time to change the focus of biodiversity-ecosystem functioning research from an undue focus on local species richness, without considering the community assembly processes that create biodiversity in the first place.”

According to Chase, the dispersal of species can strongly influence local species richness, but that depending on the rates of dispersal and the traits of the species present, higher richness can have either negative or positive effects on ecosystem functions. Ecosystem functions are usually highest if dispersal rates are at intermediate levels, but this need not coincide with the highest levels of species richness. Then the impacts of two opposite and both potentially negative effects on ecosystem function (dispersal limitation and mass effects) are minimized.

The researchers created a simple set of models, which synthesises a lot of known ideas to highlight the importance of community assembly processes in mediating biodiversity and ecosystem function relationships, focusing particularly on the influence of spatial processes on resource-competition structured communities. “Our framework serves only as a starting point to motivate research toward a common framework for considering how community assembly influences biodiversity and ecosystem function across temporal and spatial scales”, says Prof Mathew A. Leibold of the University of Texas in Austin, who led two workshops of iDiv's synthesis centre sDiv in Leipzig.