The lonely wolves of the microscopic world: Rare microbes play a key role in ecosystem functioning 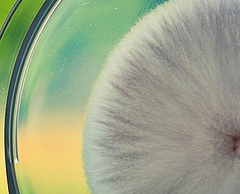 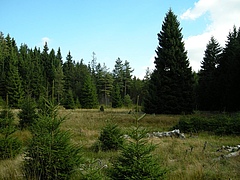 The Schlöppnerbrunnen peatland is home to the elusive Desulfosporosinus. This rare yet highly active bacterium contributes substantially to biochemical cycling, such as sulfate reduction, ultimately controlling methane production (photo: Dept of Microbiology and Ecosystem Science/University of Vienna). 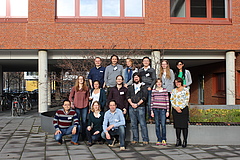 Leipzig/Wageningen. Even if a species is represented by very few individuals within an ecosystem, it can make a huge difference. This has long been recognised for animals and plants. Rare microbes like bacteria and microscopic fungi, however, have received little attention so far. In a review paper, researchers have now highlighted the key role of rare microbes in many ecosystems and for such crucial functions as nutrient cycling and community assembly. The publication in the ISME Journal was a joint effort of the working group sRareBios, supported by iDiv’s Synthesis Centre sDiv.

Top predators such as wolves are rare in numbers, but have an important impact on whole ecosystems. In the world of microscopic organisms, rare species can have disproportionate effects as well. This is the conclusion of a team of researchers who have reviewed studies that investigate the role of low-abundance microbes in different ecosystems. This research field is still in its infancy, but rapidly emerging, as study leader Gera Hol (University of Wageningen, NL) explains. “We are only starting to understand the importance of rare microorganisms in different ecosystems, and what we find is that they play an important role for many microbial-driven processes”.

The authors have found several examples for the huge importance of microbes with low abundances: Methane emission from peatlands – would be much higher in absence of a very rare sulfate reducing bacterium. Invasions of root pathogens in the soil of arable land – effectively hampered by rare microorganisms. But also: Periodontal diseases in the human mouth – potentially initiated by low-abundance species that trigger changes in the oral microflora. Studying the effects of rare microbes is a challenging endeavour, but we now have the tools to do so thanks to modern technological advances, Hol says. In their review paper, the study authors examine different experimental and molecular methods that may be useful for addressing pressing questions in rare microbe research. Tabea Turrini

The publication was a joint effort of the working group sRareBios and an outcome of a workshop supported by sDiv, the Synthesis Centre of the German Centre for Integrative Biodiversity Research (iDiv) Halle-Jena-Leipzig (DFG FZT 118).