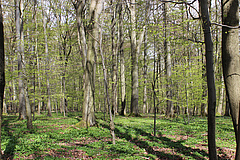 Washington/Halle (Saale). A continued biodiversity loss would result in an accelerating decline in forest productivity worldwide with dramatic economic consequences. According a current study the loss would be between US$ 13 and 23 billion per year. The value of biodiversity in maintaining commercial forest productivity alone was estimated to be up to half a trillion US$ per year. The global study used data from forests worldwide and was made by 80 scientists – including two iDiv members of Martin Luther University Halle-Wittenberg (MLU) und the Max Planck Institute for Biogeochemistry (MPI-BGC) in Jena. The results are published in the current issue of SCIENCE.

Read more in German or in the press release of the West Virginia University .