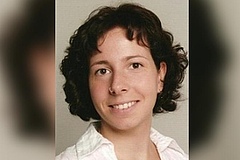 We would like to welcome the new sDiv postdoc Katharina Gerstner who will work on her individual project From plots to landscapes – Towards a mechanistic understanding of land-use effects on biodiversity across spatial scales for the next two years.

Please have a look at the project summary:
Land use and land-cover change (LUCC) is considered as major threat to biodiversity globally but how this relates to local and regional scales is not completely understood because: LUCC is accompanied with habitat modification, habitat loss (at least of natural habitat) and fragmentation but studies often only focus on single aspects; field studies on LUCC effects on biodiversity are conducted on quite different spatial scales and the use of a standard sampling size is not enough as effect sizes critically depend on spatial scale. The reason for the scale-dependency of biodiversity effect sizes is that the species-accumulation curves (SACs) of different communities will not be parallel. The SAC is determined by various factors and each them can alter the shape of the SAC. The proposed work aims at understanding the mechanisms by which LUCC alters the SAC. Therefore, three effect size measures will be used which have been proposed by Chase & Knight (2013): (1) changes in the density of individuals, (2) changes in the relative abundance of individuals and (3) changes in the aggregations among individuals. Empirical data from two projects which combine data gathered in thousands of field studies on land-use and fragmentation effects (Hudson et al. 2014, Pfeifer et al. 2014) and additional data requested from authors will be collated to systematically study the impact of LUCC on biodiversity patterns across spatial scales using meta-analytical techniques. Finally, a conceptual framework will be developed of how LUCC affects biodiversity pattern at the landscape scale.