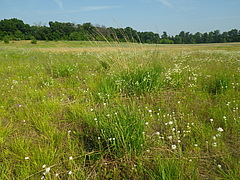 Although local plant diversity increases over time, plant productivity does not significantly recover from agricultural use.

Based on a media release of the University of Minnesota.

The international team of researchers examined 37 years of data tied to plant diversity (species richness, i.e., number of species) and plant productivity (i.e., biomass or amount of plants) related to 21 grasslands and savannas in Minnesota. Most of these fields had been ploughed and abandoned for agricultural use between one and 91 years prior. The researchers then compared the plots to nearby land that has not been significantly impacted by human activity.

The researchers suggest that the slow and incomplete recovery of species on abandoned farmland in Minnesota is likely happening in ecosystems around the world where land has been cleared for agriculture, logging or other human activities.

“The amount of land being used for agricultural purposes has slowly been decreasing, leaving some 11 million square miles of old fields and recovering forests across our planet,” said co-author Dr Adam Clark, who is currently a postdoctoral researcher with the Helmholtz Centre for Environmental Research (UFZ) and the German Centre for Integrative Biodiversity Research (iDiv). “In these spaces, active restoration efforts may often be needed to restore biodiversity and prevent the extinction of species.”

Restoration tactics can include using prescribed burns, dispersing seeds, using haying to remove nutrients added through fertilization and reintroducing others in the food chain (e.g., herbivores, predators) pushed out of the area.

“When taken at a global scale, fossil records indicate plant species are going extinct at rates hundreds of times faster than the natural extinction rate,” said first author Prof Forest Isbell, assistant professor in the College of Biological Sciences (CBS). “At this localized level, we’re seeing how human activity can impact the loss of species.”