Measures being taken to combat loss of biodiversity are insufficient 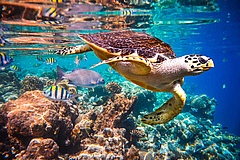 The importance of climate change as a cause of global species loss is increasing steadily. The most threatened ecosystems are coral reefs. Image: Andrey Armyagov/Shutterstock.com 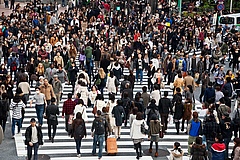 Paris, Leipzig. Species and ecosystems are dwindling at speeds never seen before, and the rate is even increasing. This is one of the key messages in the latest report from the Intergovernmental Science-Policy Platform on Biodiversity and Ecosystem Services IPBES, whose summary for policy makers recently was presented at a press conference in Paris. The Global Report on Biodiversity and Ecosystem Services is the flagship of already published IPBES reports. Several scientists from the German Centre for Integrative Biodiversity Research iDiv were involved in the report, some at the highest level.

One million species, around one eighth of the estimated total number, are threatened with extinction. Many could even disappear within the next decades. “This loss is a direct result of human activity and poses an imminent threat to human well-being in all parts of the world,” says Prof. Josef Settele of the Helmholtz Centre for Environmental Research (UFZ) and the iDiv research centre. Settele is one of the three co-chairs of the Global Report.

Because functioning ecosystems are directly interconnected with the fundamentals of human existence, such as the provision of fertile soils, healthy drinking water and recreational areas, the loss also threatens human well-being. For the first time, the report also determines the relative importance of the causes. Most of the loss is due to intensive land use followed by direct extraction of organisms (hunting, fishing, etc.), climate change, pollution and non-native species. The indirect causes are, above all, global population growth and the ever-increasing per capita consumption of resources.

The authors of the report make it very clear: Previous corrective measures are not enough to stop species loss. For the report, a set of scenarios to predict the future development of biodiversity and its contribution to human well-being were designed. A number of iDiv scientists contributed significantly to this, including the groups of Prof Henrique Pereira (iDiv, Martin Luther University Halle-Wittenberg) to Chapter 4, and Prof Ralf Seppelt (UFZ, Div) to Chapter 5. These scenarios show that continuing with ‘business as usual’ is not an option. The future use of ecosystems to feed the growing world population will only be possible as a result of major changes in all areas of society.

The official IPBES press release with key facts and figures can be found at https://www.ipbes.net/news/Media-Release-Global-Assessment