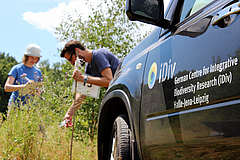 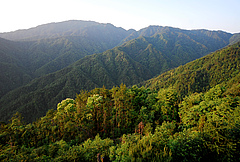 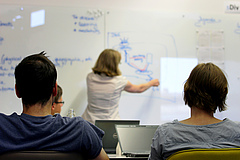 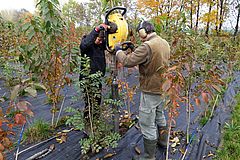 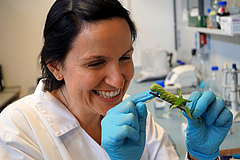 Leipzig/Mainz. The German Centre for Integrative Biodiversity Research (iDiv) Halle-Jena-Leipzig has successfully applied for further funding through the German Research Foundation (DFG). On Tuesday the DFG decided that the research centre iDiv shall be financed over the next four years. The decision followed a positive review from an international panel that evaluated iDiv in April. The amount of funding is increasing by 32 per cent with respect to the first funding period and now stands at EUR 36.5 million over a period of four years.

The German Centre for Integrative Biodiversity Research (iDiv) Halle-Jena-Leipzig was established in 2012. It now has over 250 employees and members at its sites in Halle, Jena and Leipzig. “We grew quickly in the first phase, developed numerous field and laboratory research platforms and integrated them with each other. We became internationally visible. That also convinced the reviewers”, says Christian Wirth, Professor at Leipzig University and Managing Director of iDiv. “Now we need to answer the question: Can we understand the dramatic changes in biological diversity quickly enough to recognize the consequences in time?”

To this end, iDiv scientists investigate the complex field of biodiversity using a large range of methods, from laboratory analyses to networks of field experiments to the interpretation of large datasets originating from satellite observations. Using the additional funds, these activities will be increased during the next funding period.

All iDiv partners are clearly pleased with the decision of the DFG. “iDiv is a success story with many more chapters to be written. I am glad that the DFG has obviously taken the same positive view”, says Beate Schücking, Rector of Leipzig University. “Together with our partners of the Central German University Alliance and the Helmholtz Centre for Environmental Research we have already achieved a lot and I am thankful to all who contributed. We won't stop our joint efforts for iDiv, that is for sure.”

iDiv is run by the Martin Luther University Halle-Wittenberg, the Friedrich Schiller University Jena and the Leipzig University as well as in cooperation with the Helmholtz Centre for Environmental Research - UFZ. Additionally, four non-university research institutes are involved in iDiv.

In the four years since its establishment iDiv has grown to become a leading research centre in its field. iDiv scientists have already published 700 scientific articles. More than 50 of these appeared in renowned journals such as Science, Nature or PNAS. Many of these publications emerged from iDiv's think tank sDiv. Here, biodiversity scientists from all over the world cooperate in one- to two-week workshops at the Leipzig site. “944 scientists from 36 countries have already travelled to Leipzig to attend sDiv working group meetings.”, says Helge Bruelheide, Professor for Geobotany at the Martin Luther University Halle-Wittenberg and Co-Director of iDiv. “The scientific exchange with leading scientists from all over the world has strengthened our research tremendously.” The international visibility of iDiv has been especially commended by the DFG reviewers. iDiv's graduate school yDiv also received positive reviews. Here, doctoral researchers from different nations are trained in the emerging field of integrative biodiversity research.

DFG Research Centres are financed by the German Research Foundation over a maximum of three research periods lasting four years each. By the expiry of this time period - in iDiv's case, by the year 2024 - the institutions running iDiv must develop a new financing model.

These institutions are already contributing significantly to iDiv's funding. The Helmholtz Centre for Environmental Research provides financial resources for two professorships including staff and half of a Humboldt professorship. Also the federal states of Saxony, Saxony-Anhalt and Thuringia support iDiv supplying staff and infrastructure. This allows iDiv scientists to concentrate on their work: Understanding biodiversity and its meaning for human well-being.

iDiv is a central facility of the University of Leipzig within the meaning of Section 92 (1) of the Act on Academic Freedom in Higher Education in Saxony (Sächsisches Hoch-schulfreiheitsgesetz, SächsHSFG). It is run together with the Martin Luther University Halle-Wittenberg and the Friedrich Schiller University Jena, as well as in cooperation with the Helmholtz Centre for Environmental Research – UFZ.