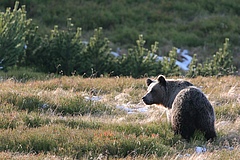 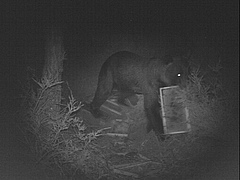 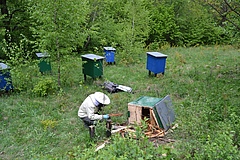 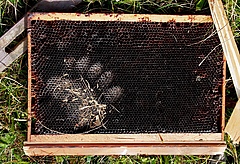 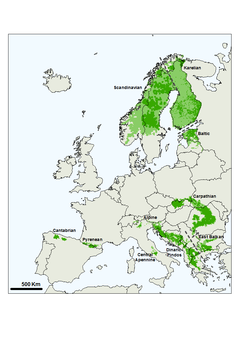 Leipzig. Annually, over 3,200 compensation payments are made throughout Europe for damage caused by brown bears. The extent of the reported damage varies dramatically among countries though. Differences in the number of bears is not the cause. Instead, human land use, as well as national legislation and management of bear populations are responsible for the variation. These are the results of a new study with the involvement of the German Centre for Integrative Biodiversity Research (iDiv). The researchers are calling for increased co-operation at a European level.

Large predators such as the brown bear Ursus arctos fulfil a key role in many ecosystems and are admired by many people. However, they also cause damage by preying on cattle, destroying bee hives, or eating arable crops. To minimise the resulting conflicts, the people affected receive compensation payments in almost all European countries, in total over 3,200 payments per year. This compensation is an important instrument for protecting the brown bear and other large predators.

The researchers investigated which factors are responsible for the differences between the countries. The surprising result is that: The number of damage reports does not depend on the number of bears. “Intuitively, you would maybe presume such a link. But our analyses show that many bears do not automatically cause a large amount of damage. Instead, factors determined by people significantly influence the number of damage reports” explains Néstor Fernández. There are fewer damage reports in areas where the bears are fed, probably because attacks on sheep and cattle herds or bee hives occur more commonly when food supply is scarce. Human land use also plays an important role: Fewer damage claims were received in areas with a high proportion of forest and relatively little agricultural land. In forests, large bear populations can spread out undisturbed and less frequently come into contact with animal herds. In addition, bears avoid agricultural areas. Another result of the study is that the conditions under which the compensations are made are critical: On the one hand, the actual extent of damage can be curbed if payments are linked to preventive measures, such as herd dogs and electric fences. On the other hand, the conditions may also affect the ratio of actual damage to damage reported: Comparatively low payments and high bureaucratic effort leads to an under-reporting of damage, while lack of damage verification encourages over-reporting.

The scientists report that a major challenge at present is due to states in Europe having different legislation to deal with bears. “This is especially problematic if bears live in border areas. In the Carpathians, for example, one single population is spread across Slovakia, Poland and Ukraine” says Fernández. This is why it is important to make decisions at a European level, and ideally to create uniform legislation across Europe, says the researcher. Carlos Bautista, lead author of the study adds: “The objective of the legislation should be to effectively protect the brown bears and, at the same time, to minimise the extent of the damage that they cause. To achieve this, one must take into account that the number of claims for compensation of bear damage is determined by complex human factors.” Tabea Turrini