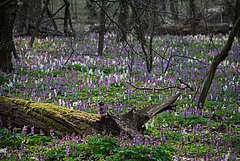 While some small-ranged species have disappeared, widespread, nitrogen-loving, and occasionally exotic species are on the rise. (Picture: Martin Adámek / Czech Academy of Sciences) 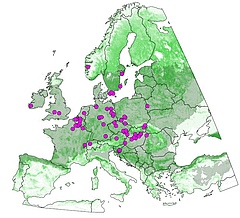 The researchers analysed data from a total of 68 different sites in temperate forests across Europe, including the Echinger Lohe and the Lower Spreewald in Germany. (Picture: Nature Ecology & Evolution) 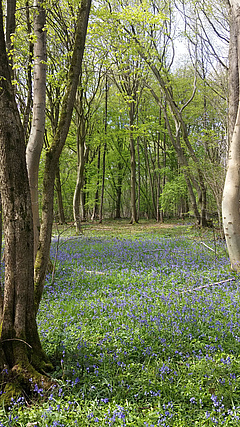 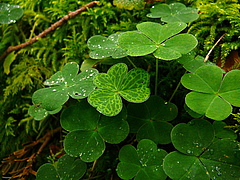 More nitrogen in the soil: common plant species on the rise

Leipzig / Halle. In Europe's temperate forests, less common plant species are being replaced by more widespread species. An international team of researchers led by the German Centre for Integrative Biodiversity Research (iDiv) and the Martin Luther University Halle-Wittenberg (MLU) has found that this development could be related to an increased nitrogen deposition. Their results have been published in the journal Nature Ecology & Evolution.

The number of animal and plant species is declining globally. By contrast, there are occasionally opposing trends in individual local ecosystems, where there may even be evidence of an increase in species richness (number of species). How can this apparent contradiction be explained, and what are the reasons for it?

Over 1000 plant species studied in Europe

It was precisely these questions that an international team of scientists wanted to explore. Using data from a total of 68 different locations in temperate forests in Europe - including forest sites in Thuringia, Saxony-Anhalt and Bavaria - they investigated how the diversity of herb-layer plant species has changed over the past decades. For this, the researchers had to assess stocks of 1,162 different plant species. This set of data was compiled by a network of forest ecologists, called forestREplot. “This network has the advantage that the experts on the actual locations can be asked if something is unclear, and, in this way, it differs from many other large databases,” said lead author Ingmar Staude, a doctoral student at iDiv and the MLU.

The analysis of these data was made possible by the sDiv synthesis centre of iDiv. The scientists found that plant species with a small geographical range, which can often be found in only a few forests, tend to have an increased risk of extinction within the respective forests. "This is not so much due to the smaller population size of such plants, but rather to their ecological niche," explains Ingmar Staude. Small-ranged species are often those adapted to relatively few nutrients in the soil.

Nitrogen-loving plants on the increase

The scientists were able to show that chronic and excessive nitrogen deposition in many parts of Europe is related to the increased risk of extinction of such species. In contrast, plant species that prefer nutrient-rich soils, such as nettle and blackberry benefit. These plants grow faster under higher nutrient supply and have now a sudden competitive advantage.

While small-ranged species have disappeared, widespread, nitrogen-loving, and occasionally exotic species are on the rise. The average biodiversity of individual forests has therefore not actually decreased. However, the biodiversity of the biome has decreased as small-ranged species were commonly lost. Based on their research, the researchers estimated a 4% decrease over the last decades. However, they point out that many of the sites investigated are in protected areas, and if areas used for forestry were to be examined, the decline could be even greater.

Consequences for the entire ecosystem

“We now have to find out whether the processes we observe in forests are similar in other biomes,” said Ingmar Staude. With the help of the sDiv synthesis centre of iDiv, data are to be evaluated now for a number of biomes; for example, European grasslands and Alpine ecosystems.

The loss of less common species has an impact on ecosystems. If individual plant species disappear, some insect species and soil organisms also disappear along with them. And the further regional floras homogenise, the less effectively these ecosystems can react to changing environmental conditions. The scientists of this study argue that nitrogen deposition needs to be reduced to decrease the extinctions of small-ranged species. These species play an important role when it comes to the capacity of our forest ecosystems to adapt to changing environmental conditions.

This study is a product of the sDiv synthesis working group sREplot. iDiv's synthesis center sDiv funds working group meetings where 10 to 20 national, international scientists and iDiv researchers work together on scientific issues.

Related Links:
The composition of species is changing in ecosystems across the globe

Plant species with medium abundance have declined the most