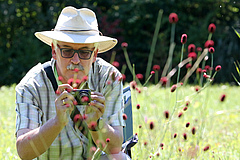 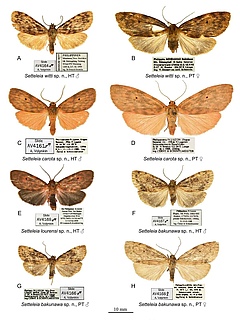 The four species (each male and female) of the genus Setteleia. (Picture: Zoological Studies)

New species in the animal and plant kingdoms are often named after public figures. Prof Dr Josef Settele has now received this special honour: A new genus was named after the biodiversity researcher and butterfly expert, who conducts research at the Helmholtz Centre for Environmental Research (UFZ) and the German Centre for Integrative Biodiversity Research (iDiv): Setteleia. It consists of four moth species that belong to the subfamily of Arctiinae and occur in the Philippines.