Helping ecosystems to sustain themselves 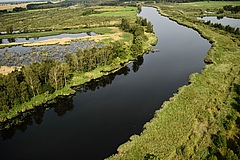 A prime example of a successful rewilding project in Germany is the Oder river delta (picture: Zolvin Zankl / Rewiling Europe). 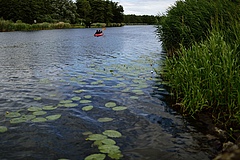 Leipzig/Halle. Regardless of whether we are dealing with a small floodplain landscape or an entire national park, the success of a restoration project depends on more than just safeguarding that individual plant or animal species can live in an area on the long term. An international team of researchers led by Martin Luther University Halle-Wittenberg (MLU) and the German Centre for Integrative Biodiversity Research (iDiv) reveals it is more a matter of helping the damaged ecosystem to regenerate and sustain itself. In the current issue of the journal Science the researchers describe how rewilding measures can be better planned and implemented - and the benefits this can have on humans.

Nature has been severely affected around the world by the construction of cities, roads and factories as well as intensive farming practices. Entire ecosystems have been destroyed, resulting in a continuous decline in biodiversity. “As a result, many ecosystems are no longer able to perform important tasks such as flood regulation,” says Professor Henrique Pereira of MLU and iDiv.

For several decades projects have been conducted around the world that aim to recreate regions that are as near to nature as possible. A well-known approach is so-called rewilding. “Rewilding focuses on the ecosystem as a whole and attempts to restore its functionality through targeted measures, allowing the ecosystem to sustain itself with little or no human management,” explains lead author Andrea Perino, who is working on her PhD thesis in Pereira's research group. At the same time, rewilding also serves to make the aesthetic and intangible value of nature accessible to people.

A prime example of a successful rewilding project in Germany is the Oder river delta at Stettin Lagoon located along the Baltic coast between Germany and Poland. Many animals live here in the wild, including white-tailed eagles, bison and beavers. A vibrant nature tourism has developed in the area in recent years. “This is a good example of how rewilding can benefit both the environment and society,” says Perino.

In their article in “Science”, the researchers present a type of blueprint on how to plan and carry out rewilding projects. Above all, they call for a shift in perspective: there is no one ideal ecosystem that can be created through specific measures. Instead, it is much more important to examine the functions of the respective ecosystem, analyse the disturbances in this system and derive a range of measures to restore the processes that have been disrupted, while at the same time minimizing human intervention. In a floodplain landscape, for example, this could be achieved by removing dams that are no longer needed, thereby submerging at least part of the landscape. This could create a habitat for animals and plants that were previously displaced by humans.

It is important to factor in geographical and social possibilities. “Rewilding projects must always involve the local population,” explains Perino. Otherwise, the projects will have no chance of success. A compromise always needs to be made between what is theoretically possible and what is actually feasible. Not every region is suitable for all rewilding measures: “It is not about directing all measures towards the specific objective of creating an ideal ecosystem. Ecosystems are dynamic and therefore measures also have to be dynamic.”
Tom Leonhardt